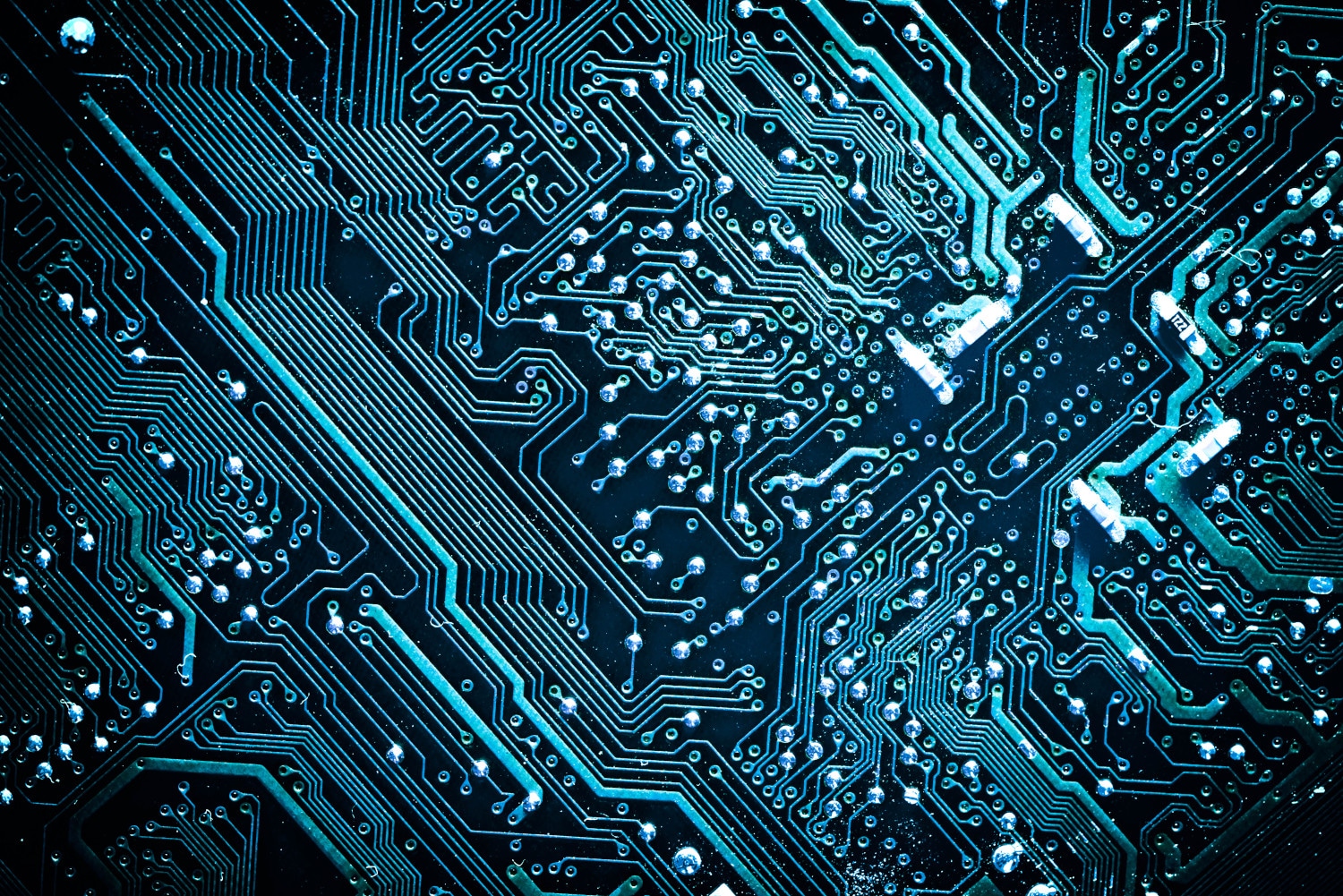 The 3rd generation of Ryzen processors are here and they bring some serious performance improvements to the table. Furthermore, we also got the new X570 motherboards which are directed mainly toward enthusiasts. However, AMD states that users will experience the same performance with an X470 and B450 motherboard as they would with an X570. But, with all of that being said, what mobo is the right choice here? Should you buy an X570, X470, or B450 motherboard for Ryzen 3000 CPUs? Well, let’s find out!

Read Related Article: Which Ryzen 3000 CPU Should You Buy?

One Thing to Keep in Mind

Before we move on with the guide, as mentioned above, do keep in mind that the 3rd generation of Ryzen CPUs will perform equally well regardless of the motherboard that you’re using. B450, X470, and X570 motherboards are compatible with the new Ryzen 3000 chips.

However, X370 and B350 motherboards will need a BIOS update from their manufacturer. If not, they won’t work with a Ryzen 3000 CPU. A 320 is unfortunately out of the question.

AMD themselves have officially announced it, so, don’t worry about that. If there’s one thing to worry about in terms of performance, then that’s thermal throttling due to bad VRMs. But, more on that later.

So, for those who already own a Ryzen build with a supported build, chances are that a mobo upgrade won’t be necessary. Now that this is out of the way, let’s start with the guide.

Related Article: Which Ryzen 3000 CPU Should You Buy? 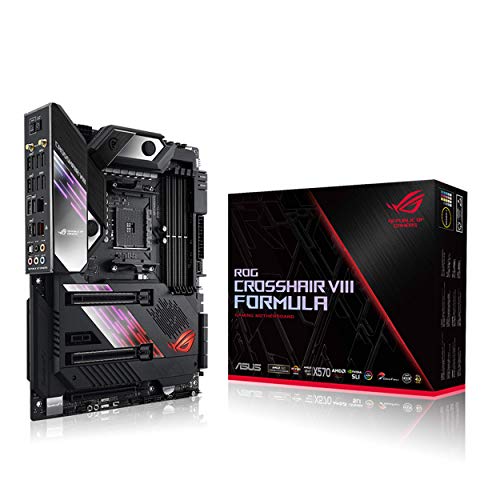 Why You Should Buy an X570 Motherboard

X570 motherboards bring some considerable improvements over the X470 and B450 mobos:

Starting with the VRMs, we can tell you that they look better compared to what we’ve seen even on the best X470 boards. Better in terms of both cooling and reliable performance. This is not only better for reaching higher clock speeds but also for more peace of mind.

As for PCI-E 4.0, it’s basically the new revision of PCI-E which provides twice as much bandwidth compared to PCI-E 3.0. No other chipset supports this apart from X570 right now.

And while nothing can truly utilize this just yet, (except for PCI-E 4.0 SSDs) more bandwidth means that we finally be able to use M.2_2 slots without having to worry about disabling other ports. This has been somewhat of an issue with X470 and anything older. So, hopefully, X570 fixes that.

Then there is faster memory support. While most X470 mobos and certain mid to high-end B450s max out at about 3600 MHz or so, X570 motherboards can reach more than 4800. AMD has mentioned that even 5000 MHz is possible.

Don’t forget about precision boost overdrive which can be best utilized by X570 boards. In short, precision boost overdrive a feature which allows the CPU to communicate with the VRMs and determine how much safe headroom there is for overclocking. The VRMs of X570 motherboards provide extra headroom (sometimes much more headroom than the CPU expects) that can be used to deliver more power to the socket. Which should allow the CPU to run at higher clocks for longer durations resulting in better performance. 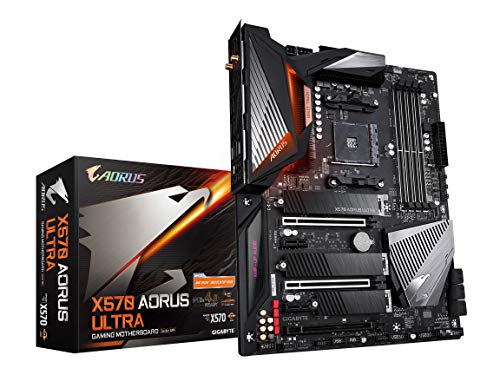 Why You Shouldn’t Buy an X570 Motherboard

All things considered, the X570 boards are a great option for enthusiasts who want multi-GPU support, overclocking, and the latest technology that’s available. However, there are also a few downsides to them:

It goes without saying that the new X570 mobos are more expensive. So, those who are worried about the price to performance ratio and/or those who are on a budget may want to opt for an X470 or B450 board instead.

Nothing truly utilizes PCI-E 4.0 yet

Now, PCI-E 4.0 is great in that it will allow for more powerful GPUs and even SSDs to be developed and used thanks to the more bandwidth that can be utilized. However, at the moment, even the most powerful GPU can’t utilize a PCI-E 3.0 slot. And that includes the new RX 5000 series which is made for PCI-E 4.0.

As for faster memory, while Ryzen chips benefit from faster RAM, there is a limit to how much speed you can utilize. Not to mention that those faster memory kits will be more expensive.

Better VRMs may not be needed

Let’s not forget about the better VRMs. That’s always a good thing. However, the 3000 series is much more power-efficient than the last-gen. For reference, the Ryzen 9 3950X which has 16 cores, consumes just as much power as the Ryzen 7 2700X which is an 8-core chip. So, do we really need better VRMs in the form of X570 mobos when you have cheaper X470s and B450s?

As mentioned before, the X570 mobos are expensive and targeted towards enthusiasts. Anything less than the Ryzen 7 3700X doesn’t make any sense unless you really want the features of an X570 board with your Ryzen 3600x or 3600 CPU. 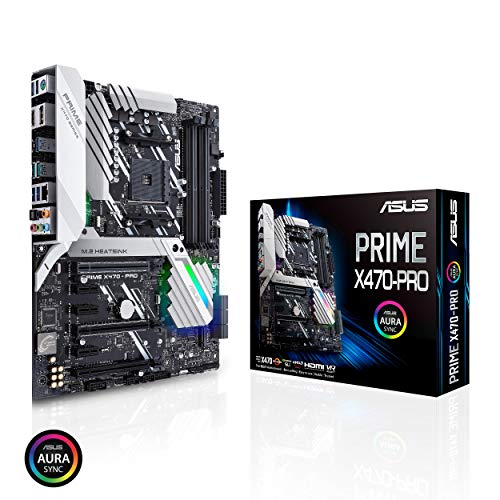 Why You Should buy an X470 Motherboard

X470 mobos are also targeted towards enthusiasts, high-end, and/or mid-ranged gamers but most of them don’t garner an extremely high price tag like the X570. Here are some reasons to get an X470 board:

Most X470 motherboards are considerably cheaper than X570s, but that doesn’t mean that they are not suitable for enthusiasts or high-end gamers. Almost every single motherboard with this chipset provides multi-GPU support and good VRMs for overclocking.

For those of you who are venturing between the budget to mid-range options, one solid reason to get an X470 board instead of a B450 that is not budget-oriented, then that would be all the extra connector slots and high-quality components. Having multiple fan headers, SATA slots, and USB ports is always a good thing. X470 mobos stand in the middle. They are generally superior to B450s, but also inferior to X570s.

Why You Shouldn’t Buy an X470 Motherboard

Most X470 boards are truly solid options that will serve most people without any issues. But, still, there are a few people who may want to look into something else instead:

Cheaper B450 motherboards for budget users

As mentioned before, X470 boards are mainly targeted towards enthusiasts, high-end to mid-range users, and/or overclockers. Budget users don’t really have much reason to buy an X470 when there are cheaper B450 options. After all, low-power CPUs on a 65-watt TDP don’t really need good VRMs or multi-GPU support.

And then there is the other side of the spectrum: future-proofing. While these motherboards are still good for enthusiasts, the lack of PCI-E 4.0 and extremely high-speed memory support may force you to buy a new board in a few years.

Anything apart from the Ryzen 3600 seems like a good choice. And it’s not like there’s anything wrong with using a 3600. It’s just that it has a low TDP CPU which can be used just fine with a cheaper B450 mobo.

And for those who are planning on using multiple GPUs, chances are that you’ll want something with a higher stock clock to fully take advantage of the enthusiast setup. So, no reason to go with a 3600 and an X470 board.

Why You Should Buy a B450 Motherboard

And that’s really all there is to it. If you’re on a budget but still want great performance, then there is really no need to get anything more than a B450 mobo.

There’s no multi-GPU support and no fancy stuff. However, they still get the job done. Some mid to high-range options offer decent VRMs. But, at these price points, an X470 motherboard may be the better choice.

Not that there’s anything wrong with mid to high-range B450 boards. It’s just that they are most appealing towards budget users.

Why You Shouldn’t Buy a B450 Motherboard

Not the best choice for overclocking

Most B450 motherboards don’t offer the best VRMs that you can find. By taking a look at VRM tier lists, you’ll notice that out of the 5 top mobos, only 1 is using the B450 chipset.

There are B450 boards with decent VRMs. But, it’s generally much easier to find a good X470 option for overclocking.

Little to no support for enthusiasts

And as mentioned before, these motherboards are generally aimed towards casual everyday users. If a future, high-end, overclocked rig with multiple GPUs is on your menu, then consider getting at least an X470 board.

Ryzen 3000 CPUs That We Recommend for B450 Motherboards

Read Another Related Article: 10 Best Budget CPUs for Gaming in 2020 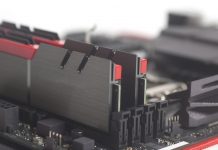 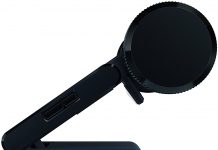 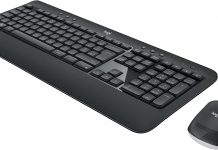 I was in doubt what to get for my r5 3600, cause even though I am gaming enthusiast, I still prefer best value over prestige. Therefore r5 3600 and B450 Tomahawk (I don’t plan any overclocking). Really helpful article, thank you!

I recently bought a 3800x on sale for only $20 more than the 3700x paired with a Strix B450 f Gaming mobo. The x570 Tuff is only $70 more. I like to occasionally overclock and like the idea of future proofing especially with pcie 4.0 support. Didn’t realize the differences as this is my first AMD build. Should I return the Stix and get the Tuff?

If you have already built your PC with the Strix B450 and are getting the performance you desire, I wouldn’t go through the hassle of switching to the X570 Tuff.

They should work fine together. Though you may need a bios update.

Other B450 benefits may be for some builders that it is much easier to find a mATX form factor board and there are no chipset fan like in 99% of X570 boards have.