Value chipsets are extremely common. However, the two that provide the best performance are of course from the two biggest chipmakers: Intel and AMD. While the AMD Ryzen 5 has truly been crowned king in the value chip for mid-range builds, Intel’s i5-9600k looks to top the leaderboard in this chip market.

However, the awesome features and significant performance of the i5-9600k will only work if it is bundled with a motherboard that works together to bring out the performance of the chip and convert your mid-range value computer to one equivalent of the best. Some of the features that gamers and users of such a chip would be looking for in a motherboard are RGB capability, large memory support, significant cooling systems, and the ability to add many devices to their rig.

We have scoured through Amazon and other sites to find some of the best boards that work with the i5-9600 and will bring out its amazing cache of raw power. We have reviewed these, and our observations are found below.

Our Best Motherboards for i5-9600k Processor Reviews and Comparisons

The top seller in the motherboard market is Gigabyte. Their products are found in a significant number of computers in the world. The Z390 Aorus Pro motherboard is a formidable contestant for top-notch motherboards, especially when used with the i5-9600k

Gigabyte has created this motherboard to be compatible with not only 9th generation chips, but all 8th generation Pentium and Celeron i9 through i3 chips as well.

This motherboard allows the integration of RGB support, allowing for colored fan operation. It also comes with a redesigned RGB Fusion application which allows for an intense lighting experience.

What We Don’t Like About Gigabyte Z390 Aorus Pro

Users also report that the BIOS that works with this specific board is not the easiest to work with. This is a significant con for purchasing this board.

Some users are also complaining about whining capacitor noise.

This unit comes with a thermal guard, which prevents overheating, throttling, and bottlenecks from the m.2 SSDs, this board also has better overall heat control.

The additional Smart Fan 5 allows users to have an up-to-the-second update on fan flow rates and case temperatures. It also allows users to interchange their fan headers for better heat control.

One nice feature is the DualBIOS. Utilizing both the main BIOS and a backup BIOS, the motherboard is protected from BIOS failure resulting from hardware malfunction, viruses, or a power outage during BIOS updates.

What We Don’t Like About Gigabyte Z390 Gaming X

Amazon users report that the BIOS settings are a bit wonky. For one, it sometimes doesn’t save the settings that a user last left the computer with. They are also hard to manipulate and some features are difficult to find.

Fan control using Smart Fan also seems not to work if it’s plugged into any port other than CPU 1.

ASRock brings us this mini-ITX motherboard. It’s found its niche among other ITX boards and works superbly with the i5-9500k. While it’s a nice board, it does have its flaws.

What We Like About ASRock Z390 Phantom Gaming – ITX/AC

This motherboard comes with a built-in Wifi antenna, which many people report works nicely.

Compared to other boards in this category, it’s small and compact, which works well with smaller computer cases. While most gamers prefer to use a full-size tower, there are some gamers who go for the smaller case.

Other users report that the build quality doesn’t seem great, slots feel flimsy, I/O ports are flimsy and covered with foil. It does not give the feel of a well-designed motherboard.

Some users report that their experience with technical support was far from great. The score for customer support only gained ASRock a 2-star rating.

This motherboard is rated as the top Mid-Range motherboard for the 9600k. It’s on par both price-wise and feature-wise as the Aorus Pro reviewed above.

The design of this motherboard is stunning. It is built with a white and grey design, with bits of colored metal. Design is important as many gamers have open see-through cases, to display their RGB LEDs.

This ASUS board supports a higher megahertz rating DDR4 memory than its Aorus counterpart, but only slightly.

This motherboard also offers not only an HDMI port but a DisplayPort for even better graphics.

Despite some people still using Windows 7, this motherboard will not work with any operating system that is older than Windows 10. Asus does a poor job advertising this fact and many people have had to upgrade their operating systems or return the card.

Users will have to reset the bios to ensure that the DDR4 memory is stable. Users also say that it will not work with the 9th generation processors until the BIOS is updated. However, we have found that this is normal with the Z390 series motherboards.

Made specifically for gaming computers and supporting 8th and 9th generation chips, the Republic of Gamers Maximus XO Hero Wi-Fi is a fantastic and affordable motherboard for gaming, and offers many advantages over its competitors.

What We Like About ASUS ROG Z390 Maximus XI Pro

This board offers many features, such as excellent cooling, VRMs, and CMOS and BIOS flashback buttons.

This motherboard has six SATAIII ports, which means you can add all sorts of equipment and paraphernalia into the case with no adverse effects. Most boards only come with 4 slots.

This motherboard also comes bundled with Bluetooth, and a built-in wireless card, which is a significant selling point.

You May Also Like: 15 Best Z390 Motherboards: ATX, Micro ATX, and Mini ITX

There’s not much to not like in this board. It is truly an amazing motherboard and offers everything any gamer or heavy computer user would need for high-scale system setup.

If we did need to find one thing to harp on, it’s that there are only two M.2 ports instead of 3.

While loaded with many features and exciting options, this motherboard is significantly more expensive than its competitors

MSI has gone out of its way to help users keep track of what is happening with their motherboard. From an OLED display to monitor temperatures, read debug codes to the individual LED status lights for CPU, RAM slots, and GPU.

This board includes an M.2 shield “Frozer”, which works together with the motherboard’s heatsink. This feature prevents thermal throttling and sustains maximum drive performance.

The audio options on this motherboard are unequivocal. With a 384kHZ/32 bit output with built-in amplifiers, the Xtreme Audio DAC with Nahimic 3 audio booster will provide you with real-life audio output and unmatched audio performance.

It’s expensive. Like really, really expensive. In comparison to other high-end motherboards, this board is the loser when it comes to affordable motherboards. It could easily support its weight with a $200 reduction in price.

Another product from ASUS, it’s a trojan horse. Although this has some bad reviews, this motherboard is much more robust than some want you to believe. The board does come with a significant number of features and for a basic gaming motherboard, it’s a real winner.

It works! For a reasonable price, you get a decent board with some advanced and significant features. For instance, the board offers one-click overclocking and cooling profiles. It’s much better than some of the reviews want you to believe.

The M.2 heatsink is also a nice addition. The heatsink has a huge cooling surface and provides adequate chilling to the m.2 SSD drive.

What We Don’t Like About ASUS ROG Strix Z370-E

The ASUS Aura Sync software that comes bundled with the board tends to freeze up your computer and provides subpar performance.

The Tomahawk is a solidly built mid-range 9th generation motherboard. It’s not just solidly built, but it also has an attractive and modern look to it.

This board comes ready for Intel Optane’s memory, a huge benefit of the board. It also includes many features like an m.2 shield frozer.

What makes this board unique is that it has pre-installed I/O shielding. It is grounded to and protects the I/O ports from static discharge damage caused by external causes.

What We Don’t Like About MSI MAG Z390 Tomahawke

While we realize that Windows 10 is the most popular and available operating system, people do like a choice. When using this board, it only works with Windows 10. Even if you can finagle the board to work with an earlier operating system, you will quickly see it does not work with other components like the network adapters and will only work with PS2 mouse.

This board also has a design flaw that prevents it from working with many brands of memory chips.

It supports a huge amount of processing and memory power. 64gb of RAM is nothing to laugh at. Very few boards support this amount of memory.

The 2-way NVIDIA SLI option is a nice touch. It allows two-way synching of GPUs which provides an unbeatable graphics experience.

Like all other boards in the Z370 range, you must flash the bios before installing Windows 10, or your install will quickly go bad!

There are multiple reports of the audio ports not working in the back. According to one user, even after intensive testing by 2 techs, including one from MSI, as well as his individual testing, he was unable to resolve the issue.

Like the earlier MSI we reviewed, we found that support for Windows 7 & Windows 8 was limited. Although Windows 7 is no longer supported by Microsoft, there is still some significant preference to use the Windows 7 operating system over the more memory consuming Windows 10.

The i5-9600k is truly a workhorse. It offers so much in the way of overclocking, power, and computing speeds. But all of the power of the i5-9600k is lost if you don’t have a motherboard that helps you pull all the power from it.

That’s not to say you need to avoid MSI boards. The other MSI board we reviewed, the Enthusiast Gaming, excels in some areas that the Tomahawk fails. The Gaming Enthusiast is a better bet when looking for a moderately priced budget motherboard.

In our opinion, the Gigabyte Z390 Aorus Pro is the top of the line. It’s relatively affordable, the cons of this particular board are not that terrible, and it has a nice set of features which make this board the best choice for use with the I5-9600 chip. 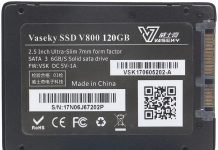 A Deep Dive Into Vaseky SSD 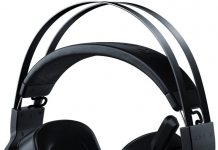 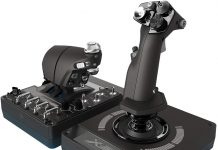 A Deep Dive Into Logitech X56