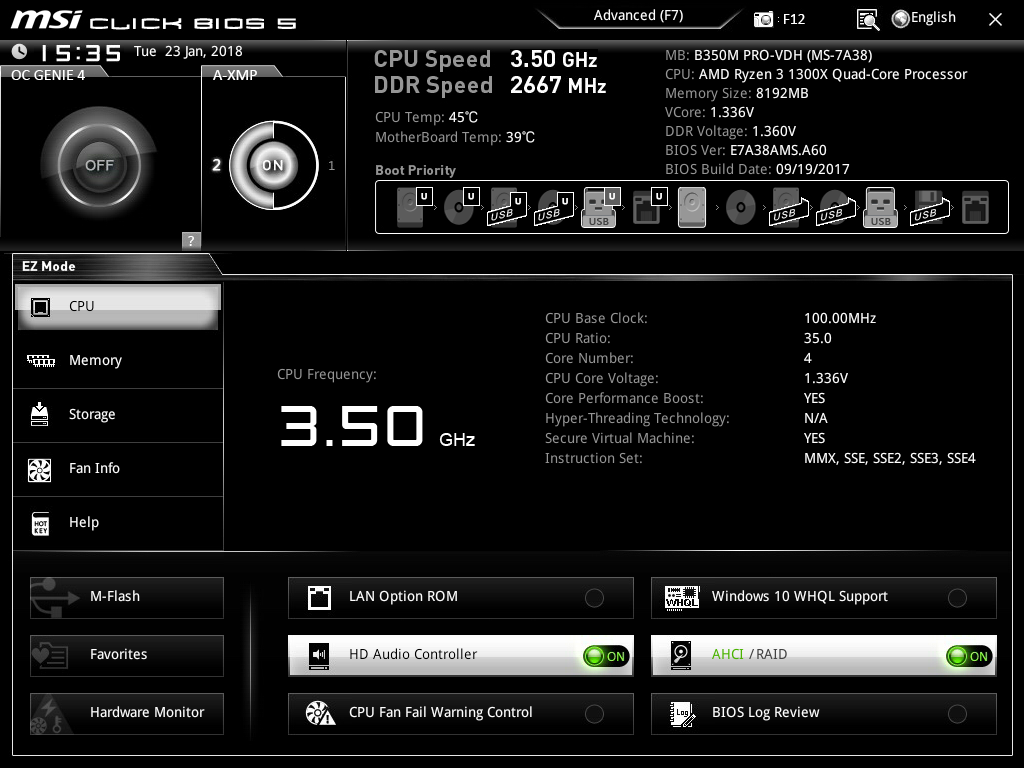 The BIOS (Basic Input Output System) is software stored in a small memory chip located on the motherboard. It is responsible for initializing the booting process and configuring how the hardware of your computer will perform upon booting. However, due to its dive support limitations, the UEFI (Unified Extensible Firmware Interface) was developed and is now commonly used instead of the BIOS. This is because UEFI allows booting from drives greater than 2.1TB, which the BIOS could not do. The UEFI also offers many other performance and visual improvements when compared to the BIOS. Though many still refer to the UEFI as the BIOS.

Why you should update your Ryzen motherboard’s BIOS

I recently built a new Ryzen gaming PC with the MSI B350 Pro Series motherboard. Because of the ridiculous RAM prices at the time of building this PC, I decided to opt for an 8Gb (2x4GB) 2667MHz kit. After building the PC, I started by playing a game of PUBG (PlayerUnknown’s Battlegrounds). Using MSI Afterburner, I surprisingly saw that my RAM was only running at 2133MHz when it should have been running at 2667MHz at the very least. Furthermore, after checking the BIOS, I also saw that I had no XMP (Extreme Memory Profiles) support.

If you haven’t gotten the main point of why you need to update you Ryzen motherboard’s BIOS so far, let me elaborate. AMD “supposedly” didn’t allow Ryzen motherboard manufactures the proper time to procure the firmware in order to take full advantage of the performance Ryzen CPUs have to offer. Subsequently, users may experience less performance than expected. Such as low RAM frequency issues, overclocking limitations, and framerate disparities. Becuase if this, newer BIOS versions may result in a substantial increase in the performance of your PC. Therefore, if you are not getting the desired performance or benchmarks advertised, a BIOS update may be the answer to your problem.

After updating my Ryzen B350 motherboard’s BIOS, I was able to see a substantial increase in the overclocking of my ram. Support memory modules such as XMP 1 and 2 also became available in the BIOS. Moreover, my 2667MHz RAM started to run at an unexpectedly stable 3600Mhz. Not only did the BIOS update fix my memory frequency issues, it also allowed for a more stable overclocking of my RAM at higher speeds.

I also noticed a slight increase in the frame rates of my games. However, depending on the motherboard and BIOS update version, some people me experience a more substantial increase in framerates. You may also experience better CPU overclocking and notice that your computer is running much smoother and consistent due to the fact that it has become more stable.

It is also important to note that not all BIOS updates will lead to better performance. In fact, some BIOS updates may decrease your PCs performance. Therefore, you should only look to update your BIOS if you are not getting the advertised performance such as low RAM frequency issues, overclocking limitations, or framerate disparities.

How to update your Ryzen motherboard’s Bios step by step

As mentioned above, I will be demonstrating how to update or flash your BIOS using the MSI B350 PRO-VDH motherboard. Though the process is similar for all Ryzen motherboards including X370, B350, and A320. I have also included a helpful video below as well.

Though updating your BIOS isn’t nearly as unsafe or risky as it once was, if the process is interrupted in any way (for example: if your power goes out during the flashing process) you could end up with a dead motherboard. Also, all your overclocks and other BIOS settings will be reset to default after the update.

What you need to Update (flash) Your BIOS:

Plug your thumb drive into your computer.

Open your favorite browser and go to your motherboard manufacturer’s official website. In my case, it was https://us.msi.com/  because I have an MSI motherboard.

Click on products and click on motherboards. Then find your exact motherboard that is currently in your PC (MSI B350 PRO-VDH in my case) and click on it. Next, click on the support tab and in the BIOS tab, you will see a list of the latest BIOS updates.

Download the latest update for your motherboard on to your computer.

Drag (or Cut and paste) that downloaded file into your USB thumb drive.

Restart your computer with the USB thumb still connected.

Upon restart, you will see text that informs you which button to press to enter the BIOS, for me, it was the DEL key. However, depending on your motherboard manufacturer, it could be one of the keys below.

Once you are in the BIOS, click on M-Flash. Then hit yes to enter flash mode and your computer will reboot into M-Flash mode.

Once in M-Flash, choose your thumb drive and click on the folder containing the latest BIOS update you previously downloaded and copied over in steps 4 and 5. Taking the notice above in into account, hit yes and the flashing process will begin. Once the flashing process is completed, your computer will restart and your BIOS will be updated.

That is how you update the BIOS of a Ryzen motherboard. Hopefully, after the update, your issues such as low RAM frequency, overclocking limitations, and framerate disparities will be fixed. You should also frequently check for newer BIOS updates as they could yield better PC performance. If you have any concerns, don’t hesitate to leave a question below. 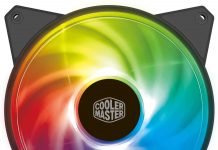 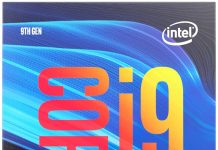