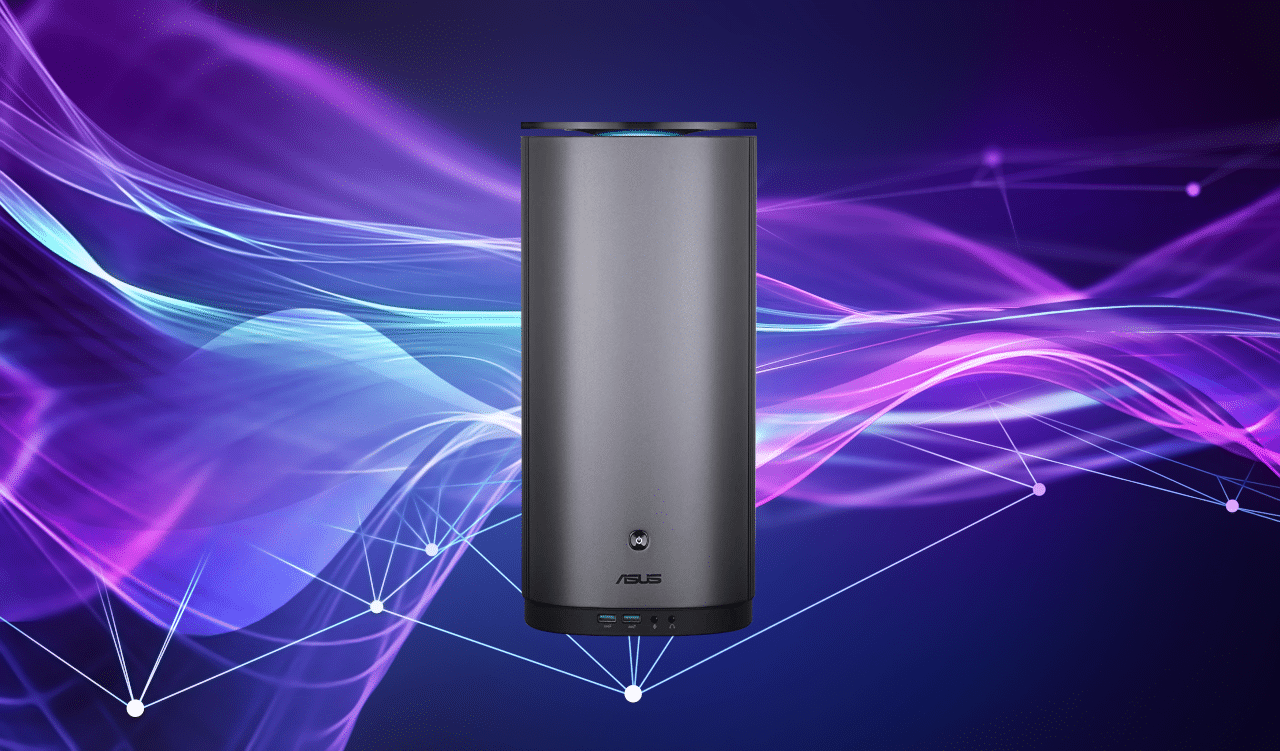 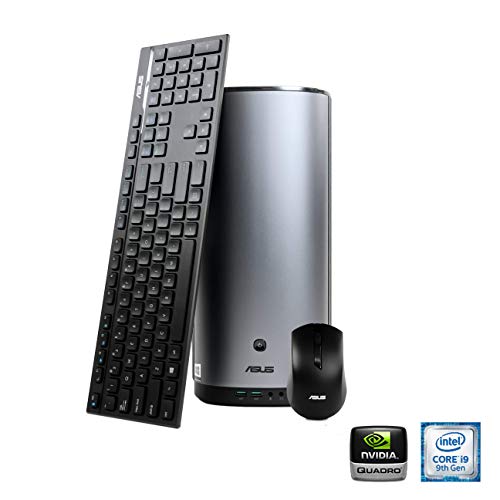 ASUS’ ProArt PA90 is an interesting proposition. When you first look at the 7×7” tower, you’ll think that there is no way this is packing any sort of impressive performance. Spoiler alert, it actually is. And it manages to keep everything cool and running well.

At the core, you have Intel’s 9th generation i7-9700k processor. It’s an eight-core, eight-thread CPU that runs at a base frequency of 3.6GHz, but can turbo boost up to 4.9GHz. Video editing on it is a pleasure, and rendering is actually fairly fast. Complementing it is Nvidia’s Quadro P4000. If you’re a gamer, you may not recognize the Quadro series, because it’s actually not a gaming card. It’s a workstation card, meant for more intense applications such as video editing.

Video editing does require RAM, so you get 16GB of DDR4 memory, which should have you covered. If you’re editing 4K video, those files will be large, so aside from the 512GB M.2 SSD that you can use for your OS and editing software, is also a 1TB hard drive.

Another key aspect of the best PCs for video editing is connectivity. Therefore, you have two Thunderbolt 3 ports, as well as USB 3.1 Gen2 Type A ports. You will also find Bluetooth 5.0 inside, which should help with peripherals.

The ProArt PA90 may not be the most powerful system in the world. However, with a great CPU and workstation-grade GPU, you’ll get one of the best computers for video editing in a compact case. 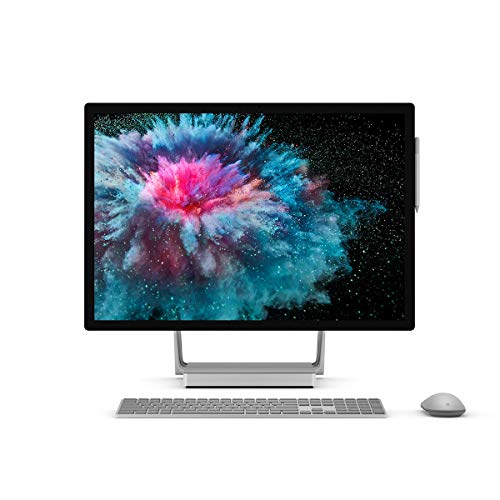 The Microsoft Surface Studio 2 is truly a beautiful video editing PC. The base model has a powerful Intel i7-7820HQ CPU and a discrete Nvidia GeForce GTX 1060 GPU with 6GB of GDDR5 memory. However, the most amazing functionality of this PC is that it has a 28-inch touch screen with 13.5 million pixels. This makes it more than just a great 4k professional video editing PC as it is also supports the surface Pen making it perfect for other forms of content creation and multimedia.

The design of the computer is elegant and functional with its zero-gravity hinge. Its 28” PixelSense display has a resolution of 4500 x 3000 (192 PPI). The base model of this computer also has a 16GB and a 1TB SSD. It has all the major ports necessary for video editing, a 5.0MP front-facing camera with 1080p HD video that allows for Windows Hello face authentication. 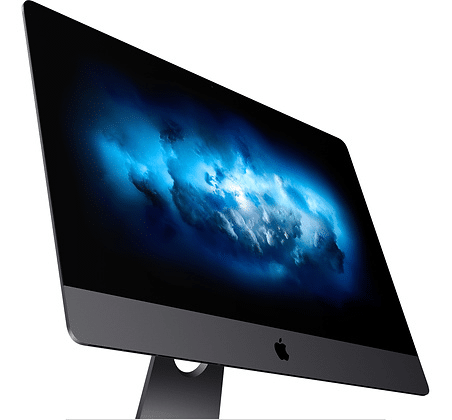 You can’t have a list of the best PCs for 4K video editing without mentioning Apple’s all-in-one monster, the iMac Pro. Ever since it was introduced, it’s been the staple of editing studios all around the world. It makes an excellent combination of hardware and software and is very likely the best option for someone who relies on macOS.

Inside, you have a 3.2GHz 8-core Intel Xeon W processor. The Xeon is a server processor, meant to be used for very intense workloads, making it perfect for editing, and especially rendering. The CPU can turbo boost up to 4.2GHz, which is also impressive. In terms of graphics, you have an 8GB Radeon Pro Vega, which is also excellent.

Memory options begin at 32GB, but since this is a configurable model, you can get up to 256GB of ECC memory. You’re going to pay a pretty penny for it, though. It’s more or less the same thing with storage – you’ve got a 1TB SSD, which is blazing fast, but upgrading is very expensive. You do have four Thunderbolt 3 ports, though, so external storage is certainly an option.

There’s also the icing on the cake – the amazing 27” Retina 5K display. It’s a large, very sharp and very accurate display with better color reproduction than many standalone monitors. For creative work, it’s great. You’ll also get Apple’s keyboard and mouse, which round out the computer. For people who need an all-in-one, this is the best computer for video editing. 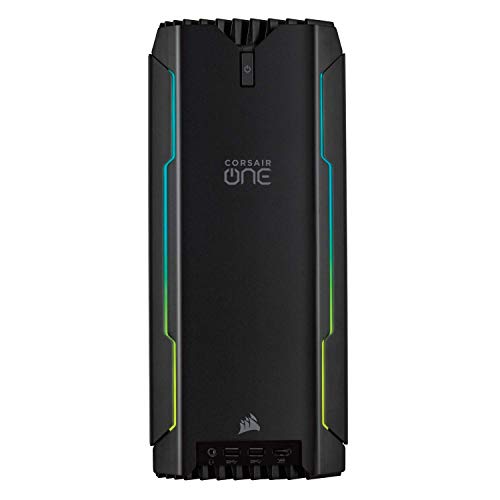 Make no mistake, the Corsair One i140 is primarily a gaming PC. However, the hardware it packs, and the fact that it’s a high-performance machine in a fairly small form factor, with great cooling, make it a very viable option for video editing. If you need a prebuilt tower, read on as we take a closer look at the One.

The One comes in a few configurations, but the best option is probably the one with an Intel Core i7-9700K. The 9th gen eight-core, eight-thread processor is one that does perform very well, yet can easily be cooled in a small case. The GPU of choice is Nvidia’s GeForce RTX 2080, which is very powerful and can do some real heavy lifting in GPU-accelerated scenarios. What also helps with performance is the fact that there is liquid cooling on both the CPU and the GPU, which is welcome in this small chassis.

Corsair also made sure to include 32GB of their own DDR4 RAM, which is among the top choices – fast and reliable. In terms of storage, there truly is plenty. The 480GB SSD is very fast and comes in an M.2 form factor, and you have a 2TB HDD so you can store your files on it without worrying you’ll run out of space.

If you want the best computer for 4K video editing computer, and you’re limited with space, the Corsair One i140 can be an excellent option. 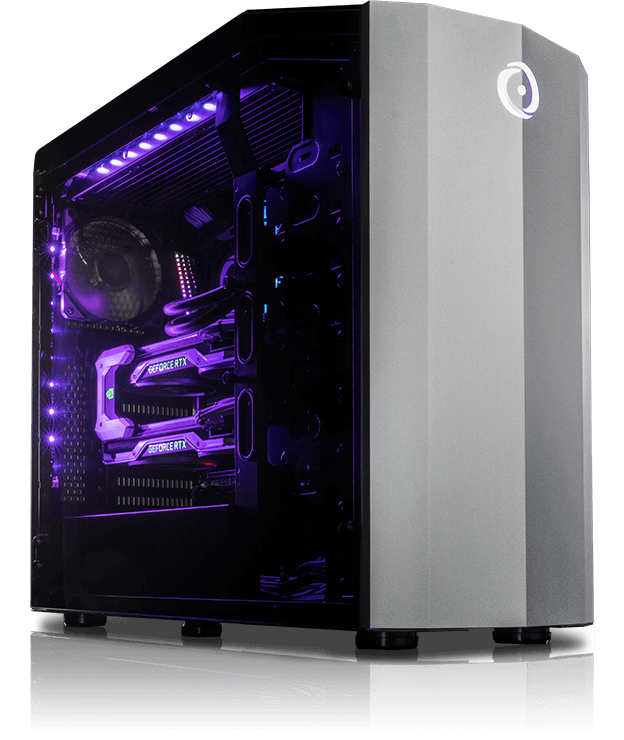 A professional video editing PC, if prebuilt, often comes with little customization. This is a huge downside, one that many professionals can’t look past. Enter the Origin PC Millennium. It’s a system by Origin PC, but one that gives you a lot of customization when you’re choosing your components.

For starters, there are four possible orientations for your motherboard. On that motherboard, you can choose your CPU – anything is possible, up to an 18-core Intel Core i9, or a 16-core AMD Threadripper. Your budget will be the only limit here. As far as GPUs go, you can get one, or two, depending on how GPU-intensive your workload is.

Storage is where the Millennium excels, as you can add up to 8 storage drives. OS drives, software drives, scratch disks – you can add just about anything. And with up to 128GB of memory, you can be sure that multitasking will never be an issue.

Whichever configuration you choose to go for, it’ll come packed in a server-grade steel chassis with either tempered glass or aluminum side panels. The tower is pretty big, but this is what allows you to easily cool any of the components that may be packed inside.

As far as pre-built systems go, Origin PC is among the best in the industry. The Millennium is certainly one of the best PCs for video editing and multimedia, and if space isn’t an issue, you’ll be getting a great system that you can upgrade quite a bit in the future.

It’s not just Apple’s Pro models that are some of the best PCs for video editing – their iMac lineup is another compelling solution. You have an all-in-one with plenty of expandability, a great display, and Apple’s proven Magic Keyboard and Magic Mouse. Is it worth it as a professional video editing computer? Let’s take a look.

To begin with, you’re getting Intel’s 8-core, 9th generation Core i9 processor. At a base frequency of 3.6GHz, you can be sure that video editing on it isn’t going to be an issue. If your workload includes graphical accelerated software, there’s also AMD’s Radeon Pro Vega 48 with 8GB of their HBM2 memory. And even though they’re both packed inside an all-in-one, Apple’s cooling solution makes sure there is no thermal throttling and everything performs as you’d expect it.

This model comes with a 1TB SSD, and with Apple’s reputation, you can be sure that it’s as fast as the top dogs of the SSD world. Also, 1TB is plenty of room for your OS, software and video files.

The last thing worth mentioning is the display you’ll get with the iMac. It’s a 27” Retina display, with a resolution of 5,120 x 2,880. The colors are excellent, and it does get pretty bright. If you’re using macOS as your operating system of choice, and don’t want to spend a lot on an iMac Pro, or the latest Mac Pro, the iMac is certainly a great option. 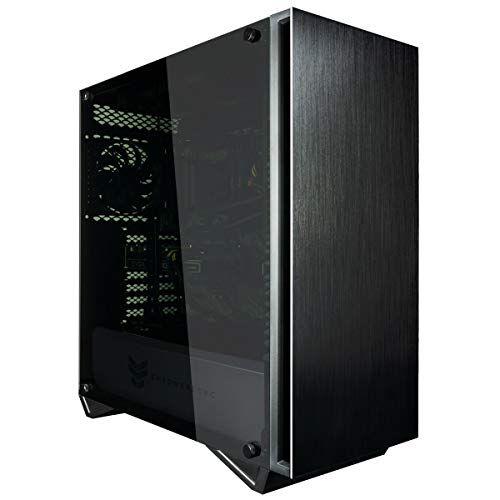 Computer Upgrade King, or CUK, are well known for making high-end builds with an excellent choice of components, at very competitive prices. Their Sentinel Black is a gaming PC, but one that is very capable of photo and video editing and rendering. If you’re looking at the best computers for 4K photo editing, the Sentinel Black should definitely make it to your shortlist.

The brain of the system is Intel’s eight-core, sixteen-thread Core i9-9900K, with a base frequency of 3.6GHz which can turbo up to 5GHz, and it’s liquid cooled to keep the temps low. It’s also complemented by Nvidia’s extremely powerful RTX 2080 Ti graphics card, with 11GB of GDDR6 memory. Everything sits on a Z390 chipset, which is excellent.

In terms of storage and memory, you’re set with both. There’s a 1TB NVMe drive for your operating system and all necessary apps, as well as a 2TB hard drive for your large files. A total of 3TB should have you covered, but you can always add more as necessary – it’s a desktop PC after all. Memory comes in the form of 32GB of DDR4 RAM, running at 2,666Mhz.

The build looks stunning as well since it’s packed inside Corsair’s excellent Carbide 275R case with a tempered glass side panel and RGB lights. If you put it on a desk, it will attract attention. All in all, this is one of the best computers for video editing you can get right now. 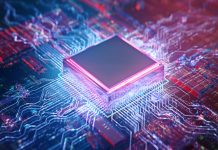 Thank you for this info, and for only listing 4k-ready machines. Straight to the point and saved me from more searching.